STRIPED BASS reports of larger Striped Bass being caught with fresh Atlantic menhaden off of Rye and Mamaroneck, NY, especially at night are encouraging. These larger Bass are some of the first migratory arrivals mixed in with winter holdovers coming out of the Hudson River to feed in CT waters. The top-water bite is just picking up as well. Try using Sebile swimming plugs, they have produced bass up to 48”. 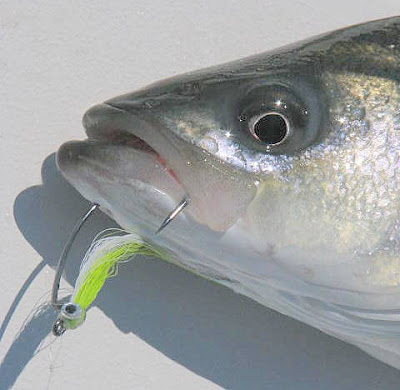 Schoolie stripers are venturing out of the rivers from Bedford’s Point to New Haven, and they’ve been gobbling up SP Minnows, FinS lures, specifically in white, white & green paddle tales, 6” length (or any light colored soft plastic with a jig head).


Schoolie Stripers have been a little scarcer in the Eastern part of the Long Island Sound. There are also some other keepers in the mix as well (46 inch striped bass from New Haven and the upper Housatonic River). As water temperatures warm in the sound, squid will visit us from Block Island Sound. We also have reports from Port Jefferson that the Sand Eels are heading towards deeper water. Those Sand Eels and Squid will bring out some “doormat”-sized Fluke. Most brackish rivers are still holding plenty of Striped Bass in the 16” - 24” range with an occasional keeper mixed in.


SUMMER FLOUNDER [Fluke] season opened May 4 and runs to September 30. Time to get the boat, and fishing gear ready for some phenomenal early season fluke fishing. CT Bait & Tackleshop List. Summer Flounder have been caught in small numbers from Greenwich to Stonington. A source tells us if you wait long enough you can catch a nice sized summer flounder off the Norwalk Islands.


WEAKFISH have also arrived in Long Island Sound! Look for these awesome eating fish in Guilford/New Haven Harbor over to the Milford/Stratford area along with the Peconics (NY) and South of Plum Island on sandy bottom.


Read the full article at this link: Connecticut Department of Energy & Environmental Protection