A recent study proposes that concentrating the supply of certain food items may strengthen the body’s ability to prevent plaque accumulation, and, in some cases, actually reverse the accumulation of fatty plaque in the vascular system.


A research team at the University of Munchausen on Oder studied various artery sections from the chest cavity, arms, and legs of mice to demonstrate the effect.


"Our research in the Lab..." says research assistant Peter Kleine, a Ph.D. candidate in the University's Vascular Department, "...showed that increasing the amount of certain food items available to arteries makes plaque-attacking viruses work even better.


"Research further showed that while plaque build-up was restrained to some degree by eating even small amounts of these critical food items, actual reversal of the plaque did not begin until certain levels of consumption were attained.”


“The critical food items were...” Kleine continued, “...boiled New England lobster…and custard pie.” The threshold amounts included one-one-hundredth of one’s body weight in lobster and a wedge of custard pie equivalent to one-sixth (1/6) of an 10-inch (10”) pie filled approximately two inches (2”) deep; both must be taken together at least three (3) times per week. In this manner individuals weighing 150 pounds would need to consume one-and-one-half pounds of lobster meat per sitting...and how much meat is available in a particular lobster varies with the season of the year and the size of the lobster.


As to the pie, Kleine noted that it must be all custard, with no coconut added. “Coconut significantly reduces the effectiveness of the food items, but this can be moderated somewhat by intake of vodka martinis," he concluded.

“In a 32-page report, the commission sharpened a sprawling set of prescriptions initially issued on March 1, only to see its work attacked by labor and quickly shelved as a closely divided legislature turned to the short-term task of closing a deficit, balancing the state’s $20 billion budget, and campaigning for re-election… 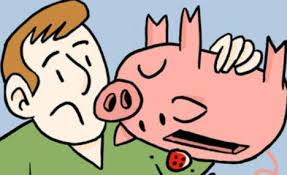 “The commission says the state needs to shrink spending by $1 billion, while adding revenue by modernizing its system of taxation and tax collection — not by raising tax rates. The panel backed away from a previous call to curtail collective bargaining for public employees, instead suggesting Gov.-elect Ned Lamont seek voluntary concessions.”


Please visit this link to read the full article: ConnecticutMirror.org

• Photos from Past Trips: Capt. Skip

• Photos from Past Trips: Mal Y.

• Photos from Past Trips: Val S.

• Photos from Past Trips: Roy P.

• Photos from Past Trips: Rob C.

“As Congress returns from the campaign trail, there is a major effort underway to pass comprehensive legislation before the 115th Congress adjourns that addresses the most pressing needs on America’s public lands and waterways… 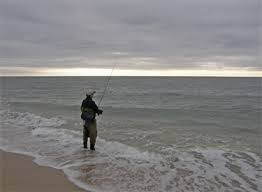 “While any legislative vehicle is likely to include a variety of measures important to America’s millions of sportsmen and women, it is critical that this package fix a problem decades in the making: outdated management of America’s federal fisheries.…”


Please visit this link to read the full article: TheHill.com

• New Issue of Online “This Is Fly” Available

“This is Fly Magazine’s Issue 70 features Gwaj Ot (Let’s Go!) by Rodrigo Salles of Untamed Angling where readers are introduced to Kendjam. Salles tells us…

…’Taking on so many species with one rod could be a tall order, but it is possible. At Kendjam we can catch up to eight different species on the fly, and most of them are new to the fly angling world. While some of the species are well-known, like peacock bass, it’s notable at Kendjam, it is an endemic specie among the 15 different species of peacock bass in the Amazon….’”


Please visit this link to read the full article: This Is Fly

• Photos from Past Trips: Wayne and Matt

• Photos from Past Trips: Andrew C.

• Photos from Past Trips: Don G.

• Photos from Past Trips: Jim W.