• A Collection of Photos and Stories...Not All About Fishing

• The Artistry of Stratford’s Milton Bond

Milton Bond was an oysterman of Stratford, CT and a great artist. He did what’s called “reverse painting on glass.” 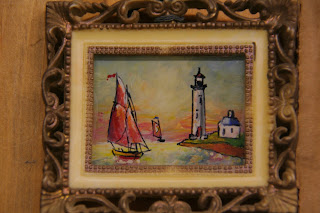 Wikipedia explains: "Realistic reverse paintings are more challenging to create as one must, for example, in painting a face, to put the pupil of an eye on the glass before the iris, exactly the opposite of normal painting. If this is neglected the artist will not be able to correct the error as they will not get in between the glass and the paint already applied.....”


The photo above is of a Milton Bond miniature…probably about two square inches in area. A few of his more complex and larger works can be seen at: http://www.invaluable.co.uk/artist/bond-milton-eqxmg0oo3v


• Shang Wheeler and the Stratford School of Decoy Makers 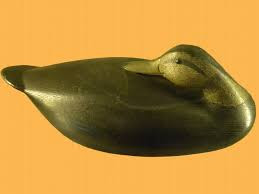 As most who have fished for a while in the Stratford, CT know, that big marsh at the east side of the mouth of the Housatonic River is the Charles Wheeler Wildlife Management Area. What some may not know is that it's named after a Stratford oysterman and politician, Charles E. Wheeler, one of the Stratford School of Decoy Carvers.

This spectacular photo of Laurel Beach, looking out along Cedar Beach to Milford Point… 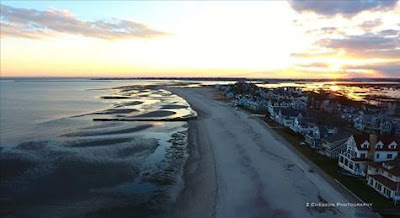 …is by Z. Chesson, my grandson, from his drone. If you’re looking for drone photos of your property or an event, contact me and I’ll have him get in touch with you. 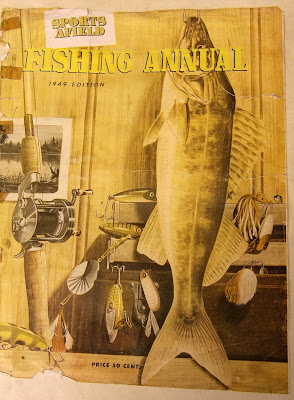 A long time ago in a galaxy far, far away...

(No, actually it was only in Milford, CT—but it was a long time ago.) ...I used to subscribe to “Sports Afield” magazine. SA published annual specials on fishing in the spring and hunting in the fall.


Regretably, I have only the front cover of this issue, but it’s been framed and hanging near my fishing gear for 68 years.

Most of what is writted about forcing daffodils says to pot them in the fall, stick the pots in the fridge, and then take them out no sooner than 10 weeks later. That's doing it the hard way as the pots take up too much room. 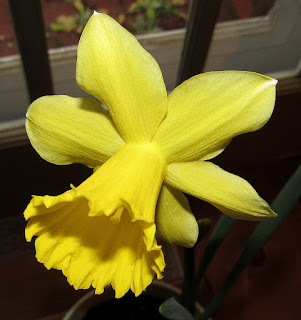 Better way: In the fall, buy a bag of daffodil bulbs [these were 50 for $20] and stick the bag in the vegetable bin of the fridge. Don't eat them, they're toxic...all parts of them are toxic to humans and pets.


No sooner than 10 weeks later, take them out of the fridge, pot them up, water, and stick the pots in a sunny window. After several weeks they'll bloom. The forced bulbs can be planted outdoors, but it may take them a few years to recover from having been forced.


Fun to do—watch the bulbs sprout and flower—but obviously can't be done if you've got kids or animals that might chow down on them.