“Overall there was some modest improvement in sentiment with only 66% reporting the fishing as worse, or much worse than during the past 5 years. That is improved from 81% in 2015… 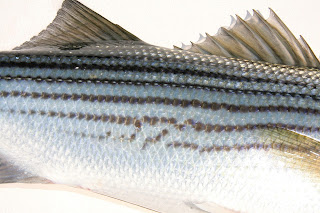 “In both 2015 and 2016 most anglers reported that the fish were smaller than they were used to catching, but the number of anglers who reported improved hourly catch rates increased in 2016....”


Please visit this link to read the full article: StripersForever