• STRIPED BASS fishing is fantastic. It’s time for shore anglers to hit the SURF…coastal state parks. The fall season appears to be starting off strong, with many charter boat operators commenting on how many large bass there are. These bass are migrating and feeding heavily on all the bait. The best thing is…you catch them during the daytime, especially under overcast skies. Trolling weighted jigs (Chartreuse) with a yellow pork rind and or live lining bunker (Atlantic menhaden) in 15 to 40 feet of water. I like dunking a live eel on the reefs/shoal areas during the late afternoon /evening hours. This technique has produces some very big bass recently (52 inches – 48 pounds, (Outer Bartlett Reef/Norwalk Islands).


• BLUEFISH bite is quite honestly still unbelievable. Throw a top water plug like a Rattlin Popper and hang on. Go out there and catch one of hardest fighting fish in the sea. They can be found throughout the Sound (find the birds). Large numbers of bluefish are cruising the lower estuaries, rivers and beaches feeding on menhaden/anchovies. Bluefish fishing spots include the reefs off Watch Hill, the Race, Thames River, Sluiceway, Plum Gut, Pigeon Rip, lower Connecticut River, Long Sand Shoal, Sixmile Reef, Falkner Island area, New Haven Harbor and upper reaches, lower Housatonic River, buoys 18 and 20 off Stratford Point, Stratford Shoal/Middleground, Penfield Reef, Norwalk Islands and Cable and Anchor Reef.


• SNAPPER BLUEFISH fishing is still better in the western sound (Milford to Greenwich) with fish measuring 5 to 12 inches in length.


• BLACK SEA BASS fishing is very good. Hit every favorite wreck/reef/hump, to find good numbers of these tasty bottom fish. Angler please be careful when releasing sublegal sea bass. There is lots of them out there…let’s give them a chance to grow and get big. Eastern Sound (Fishers Island to Block Island and northeast of Montauk) anglers are having better success. For those willing to travel, Block Island Sound is the place to be for humpback sea bass. Closer to home, the rocky reefs from Niantic, to Branford (Falkner Island) and Fishers Island have been consistent all season. A reminder to all anglers…if you are fishing in water deeper than 100’, barotrauma can cause released fish to struggle to make it back to the bottom. A descending devise such as the Shelton Fish Descender can help assist the sea bass air bladder to recompress and get safely back down to the depths. See Fishsmart.org for more information.


• FLUKE fishing is Closed in CT. 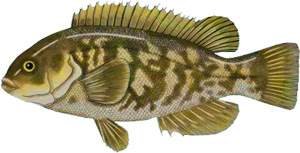 
• ATLANTIC BONITO & FALSE ALBACORE fishing is the best it has been in years throughout the sound. Pink is the color of choice. Western sound anglers are scoring using a Hogy heavy minnow jig in pink. These small tunas are fast movers, quickly moving to different locations to locate them is important. However, the action in CT is heating up and many fish have moved into the central/western Sound. Still some big catches of these small tunas have been reported from Pine Island, Bluff Point, Groton Long Point, Niantic Bay (Jordan Cove) and points west from Milford, Norwalk, Darien and Greenwich Pt. Park. Shore anglers are scoring at Fort Trumbull, mouth of the Thames River, Ocean Beach, Seaside Park, Harkness Memorial, Hammonasset, Rocky Neck State Park and also at Sherwood Island State Park.


These small tunas are also cruising around from Pt. Judith, Watch Hill to Bluff Point (including Fishers Island Sound), the Race to Little Gull Island, from Bartlett Reef to Black Point. Dawn and dusk is typically the best time to fish for these inshore tunas but they can be caught during the daytime. They are feeding heavily of young of the year transparent anchovy. Try casting metal (heavy) lures (Swedish pimple, albie snax and Epoxy jigs) to feeding fish on the surface. A quiet approach and finding birds (gulls/terns) actively feeding is the key to a successful trip. Jigging for them also works when they are close to the bottom.


• WEAKFISH fishing is still good in the central and western sound. Falkner, Goose Island and the Norwalk Island area is producing some very nice “tide runners”. Fish up to 33 inches are being reported from West Haven Beaches/Charles Island area to Norwalk.


• STRIPED SEA ROBIN fishing is FANTASTIC. “Poor-Man’s Lobster” are found wherever one is fishing for summer flounder (fluke). With many fish measuring over 20 inches and barking up a storm. Shore fishing for them is fantastic. West Haven sand bar and local beaches have been producing


• BLUE CRAB fishing is slow one day and awesome the next in the tidal creeks/bays/piers. Many of the large “jimmies” are still up river and have not migrated down... Remember…all egg bearing females must be released with unavoidable harm. Minimum carapace length is 5 inches for a hard shell crab. Legal gear types include: scoop (dip) net, hand line, star crab trap, circular (topless) trap not exceeding 26 inches in diameter. Maryland Style Crab traps are prohibited. Chicken with the skin on it (along with a long handle net) and a small circular crab trap is the preferred method to capture these tasty crabs.