• STRIPED BASS fishing remains good during the full ‘sturgeon” moon. Live lining bunker (Atlantic menhaden) on the reefs at dawn and dusk still is the best bet for some really large bass. There have been some very impressive schools of bass feeding on the surface on menhaden in the Lower CT River.

Also, Charles Island area, lower Housatonic River, buoys 18 and 20 off Stratford Point, Stratford Shoal/Middle Ground, Penfield Reef, around the Norwalk Islands, and Cable and Anchor Reef. Don’t have a Boat? Hook up with the many Party or Charter Boats found throughout CT’s shoreline from Greenwich to Stonington. 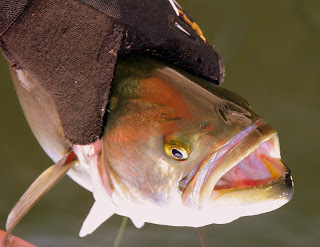 • BLUEFISH fishing has been consistent as it should be for this time of year. Larger bluefish weighing in the lower teens have been attacking bunker schools in the lower tidal rivers during dawn and dusk and along most reefs. Eastern sound has seen much better fishing for “alligator” blues.


SNAPPER [bluefish] fishing has improved in the tidal creeks and rivers with fish measuring now about 4 to 6 inches in length.


• BLACK SEA BASS fishing has become a deep water bite. Western Sound anglers should fish near the Norwalk Islands. I highly recommend a party/charter boat trip to fish off of Block Island...there are many giant-sized sea bass out there. Eastern Sound (Fishers Island to Block Island and northeast of Montauk) anglers are having better success. Fishing is still good on the major reefs in the Eastern Sound. For those willing to travel, Block Island Sound is the place to be for humpback sea bass. Closer to home, the rocky reefs from Madison to Branford have been consistent all season.

A reminder to all anglers...If you are fishing in water deeper than 100’, barotrauma can cause released fish to struggle to make it back to the bottom. A descending devise such as the Shelton Fish Descender can help assist the sea bass air bladder to recompress and get safely back down to the depths. See Fishsmart.org for more information.


• FLUKE fishing is fair but you have to put your time in to land legal –sized fish. Still some double digit doormat fluke being caught by lucky anglers in the Eastern Sound. Live lining snapper blues in deep water (80 to 100’) is the preferred method by fluke sharpies.

The usual summer flounder spots include the south shore of Fishers Island (Isabella Beach, Wilderness Point), Napatree Point and along the beach, off the Stonington breakwater, mouth of the Mystic River over to Groton Long Point, Twotree Island Channel, Black Point/Niantic Bay including the Bloody Grounds, Sound View Beach, Long Sand Shoal, Falkner Island area, New Haven Harbor, off the mouth of the Housatonic River during the flood tide, and around the Norwalk Islands.


• BLUE CRAB fishing is good in all tidal creeks and bays. The more popular spots are still producing but are starting to be “crabbed out”. Plenty of sub-legal crabs...which is a good thing for the future of this fishery. Incoming tide has produced better crab fishing...as the crabs migrate into the shallow water to feed.


Remember... all egg bearing females must be released without avoidable injury. Minimum carapace length is 5 inches for a hard shell crab. Blue crab fishermen please release all diamondback terrapins’ caught in your traps. The turtles must be released without avoidable injury. Legal gear types include: scoop (dip) net, hand line, star crab trap, circular (topless) trap not exceeding 26 inches in diameter. Maryland Style Crab traps are prohibited. Chicken with the skin on it (along with a long handle net) and a small circular crab trap is the preferred method to capture these tasty crabs.