• Driving in Connecticut To Your Next Fishing Trip?

Better be careful as our state government has let our highways and bridges become among the worst in the nation.


“Connecticut has the eighth most congested interstate system and the fifth most structurally deficient interstate bridges in the nation, according to national transportation research group TRIP’s 2016 Highway System report. 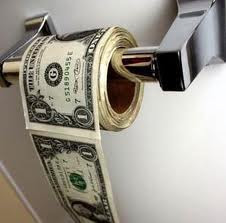 “According to the report, 60% of Connecticut’s urban interstates experience congestion during peak hours and 7% of the state’s interstate bridges are structurally deficient, which means they require significant maintenance, rehabilitation or replacement’ and ‘must be inspected at least every year....’”


Please visit this link to read the full article: WiltonBulletin


COMMENT: Watch politicians turn these statistics into “reasons” why we need their latest tax gimmick: A proposed tax on every mile Connecticut residents drive. [See our post below dated 03 July 2016.] But remember: We already have a tax on every mile we drive…it’s the tax on gasoline [every mile we drive burns gasoline and, according to BankRate.com, Connecticut has the 6th highest gas tax in the nation: “Connecticut, 56.26 cents per gallon….”]

Connecticut residents are already the most highly taxed people in the United States . We worked on average from January 1st to the 21st of May in 2016 to pay for our tax burden…every other state is done before that…every other state, except MA, NJ, and NY is done with their tax burden by the end of April.

How long are we going to put up with these elected, inept, greedy idiots?