WTNH says, “After weeks of dodging questions about a state-funded study on the so-called ‘mileage tax‘ the Malloy administration now appears to be embracing that study.


”…Malloy...has persistently dodged questions about one funding mechanism that his own transportation advisory board recommended be considered to help pay for it… 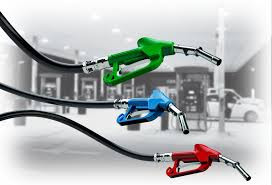 ”Two weeks ago when News 8 first reported that the Connecticut DOT was joining other states to study the concept of charging you according to the number of miles you drive, the administration punted again.


Please visit this link to read the full article: WTNH.com


COMMENT: It’s an old political dodge: First the politicians say, “no, we’re not going to tax that.” Then they say, “well, we’ll do a study on it.” Next there’s more blather, more denial, more maybes, they go on talk shows, blah, blah, blah, until the citizens are fed up to the gills with hearing about it. So when the politicians finally implement the tax, which they intended to do right from the beginning, the citizens are so sick of hearing about it, they just say “the hell with it” and get on with life.


FURTHER: Note that a simple way to implement this tax is to use the mileage when we take our vehicles in for the bi-annual emissions test. But if this method is used, how do mileage taxes get collected from out-of-state vehicles? Are we going to pay for their mileage? Or, there may be some way to get our mileage usage via cell phones and in-dash computers. Then we’d have big-brother Malloy riding in our pockets and our cars with us. Charming thought. Taxing us for each breath we take becomes closer to reality.


ANOTHER suggestion is that implementation of the mileage tax might be more acceptable to us citizens if it were coupled with a reduction in the gasoline tax. Sure. Then the following year the legislature could just start increasing the gas tax until it was back where it was to start with.


AS TO the $300,000 study on the mileage tax, why not? Connecticut may have to pull $279 million from its rainy day fund (69% of its available emergency reserves) to cover the coming budget deficit...what's a measly $300k?


Why do we keep electing these politicians? I'd bet that if we took any CEO of any Fortune 500 corporation and put him or her in the governor's office, the mess would be straightened out within two years. We need people who know how to run organizations and who understand a balance sheet...not these greedy lunkheads that keep getting put in office.