• Finally…Back On the Housatonic River

Getting Shoo-Fly back on the water once she had come back from the Keys was delayed first by nasty weather and then by my spending some relaxing time in the hospital and recuperating from that. Finally, on Thursday, accompanied by Charlie W., we got back out there. 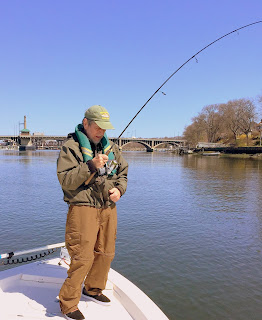 We saw boats landing small stripers about one minute from the marina and joined in the drift, picking up one schoolie after another. 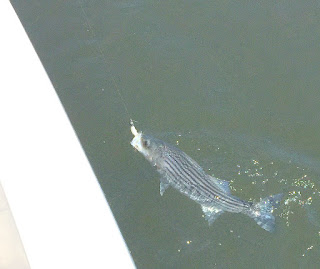 As the fish in that spot were all on the small side, we decided to move upriver, in violation of the fishing rule: “Never leave fish to find fish.” 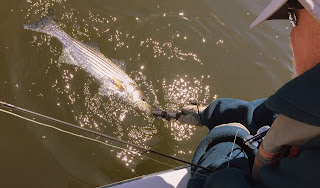 We located more fish, and boats working over them, up above the Merritt Parkway, but these fish all had lockjaw. So we worked our way back down the river, getting the occasional bump but finding no aggressively eating stripers. 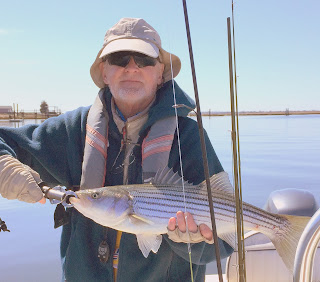 Back at the spot that we never should have left we found fish still there, we caught a few, but they were scattered as the tide was dead low. We finished the day with 34 fish…the photo left shows the largest fish of the trip.


Yes, it was chilly out there: Water temp hit a high of 49° and the air temp probably wasn’t much above that; but, we were dressed for it and really only felt the chill when running the boat.


Tuesday, Wednesday next week, Wayne, whom you know from earlier this year in Islamorada, and Yves, who also fished with us in the Keys, will be here from Quebec for two days of striper-chasing.

I’m resting until they get here.