As the local fishing season gets underway, the Connecticut Department of Public Health (DPH) wants to remind anglers and the general public of the benefits of fish consumption. Both local and store-bought fish contain beneficial nutrients, such as fish oils, which can help brain development and prevent heart disease. Other beneficial nutrients include iodine, selenium and protein. 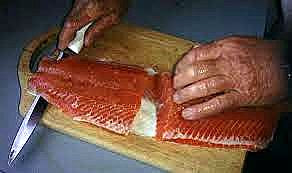 “Previous warnings about toxic chemicals in fish have alarmed the public and scared some people away. We are now learning there are plenty of healthy fish to eat, even during pregnancy. A little forethought about which fish you are taking home is all you need to make a smart choice,” said Brian Toal, DPH Epidemiologist. “DPH has studied the risks and benefits of different species which has allowed us to give the public, particularly women of childbearing age, sound advice on healthy fish choices.”


Recent studies have shown that fish consumption during pregnancy can improve children’s learning and IQ. However, DPH warns that choosing the right fish is important since some varieties of fish can still contain higher levels of contaminants such as PCBs and mercury.


DPH’s list of healthiest fish choices includes trout and sunfish from the state’s freshwater bodies, flounder (winter and summer varieties) and scup (porgy) from Long Island Sound, and wild salmon and pollock from the grocery store. DPH has identified these as beneficial species that can be consumed without limit. The Department’s fact sheets and website provide the complete listing of healthy fish choices. 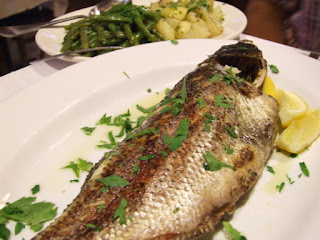 While emphasizing what’s good to eat, DPH also alerts the public to local water bodies and species that contain too much contaminant to be eaten safely. The advice varies between the general public and pregnant women for these more highly contaminated species. For example, swordfish can be safely eaten once a month by the general public but not at all by women of child-bearing age. Similar restrictions are placed on bluefish and striped bass from Long Island Sound. Additionally, DPH has specific advisories for 14 freshwater bodies in Connecticut due to local contamination sources. Anglers should keep the DPH publication, If I Catch It, Can I Eat It, handy when deciding where fish.


For more specific questions on fish benefits and contaminants, contact DPH at 860-509-7740. For questions on fishing regulations and licenses, please call the Department of Energy and Environmental Protection at 860-424-3474.: