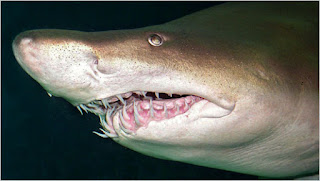 “U.S. shark researchers caught and tagged 2,835 sharks along the East Coast this spring, a record number which they say reflects a growing population thanks to federal protections.


”It surpassed the 1,831 sharks captured and tagged in 2012 during the survey which is conducted every three years by the National Oceanic and Atmospheric Administration (NOAA)…


”Sharks were on the decline in 1986 when the first survey took place during a worldwide boom in commercial sharkfin fisheries to feed Asian markets.…”


Please visit this link to read the full article: Reuters