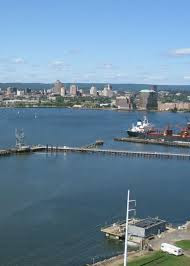 “New England's ports saw their national rankings in terms of total trade plummet since the 1970s, a trend that only accelerated with the Great Recession. New Haven, which ranked 33rd in the nation in 1972 with 13.1 million tons, ranked 57th in 2013 with only 8.4 million tons….


”In Bridgeport, Connecticut, New England's southernmost port, ship traffic is severely limited because the harbor has not been dredged since 1964, leaving it short of the standard 35-foot depth in places.…”


Please visit this link to read the full article: StarDem.com