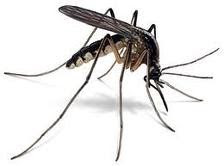 "The State Mosquito Management Program today announced that two Connecticut residents have tested positive for West Nile virus (WNV) infection. These are the first human cases of WNV associated illness identified in Connecticut this season. Both are residents of Bridgeport.


Please visit this link to read the full article: CTDeptPublicHealth