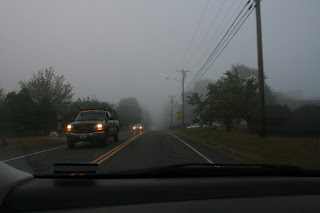 Another foggy start to a fishing day aboard Shoo-Fly. 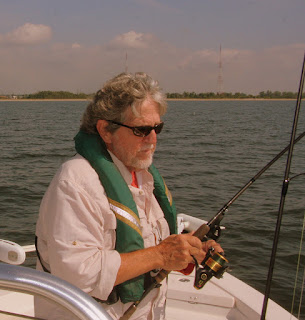 Charlie W. and I did a lot of traveling before we found a school of bluefish feeding on the surface. 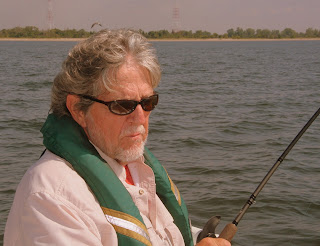 We got them on both spinning gear surface poppers... 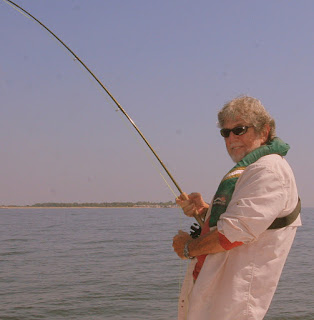 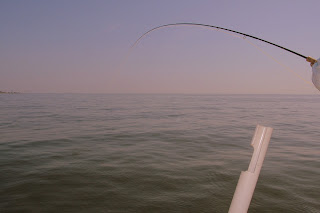 A five-pound blue can really put a bend in a rod... 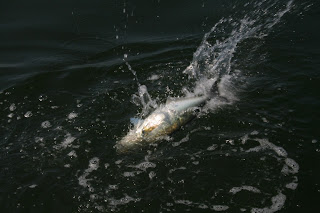 ...and kick up quite a rumpus before quieting down enough for you to release him. 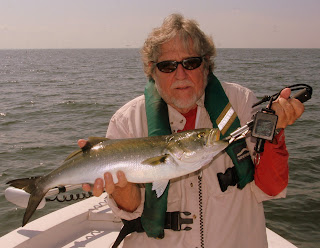 Blues ran up to about 8 lbs.; this was not the largest of the day. 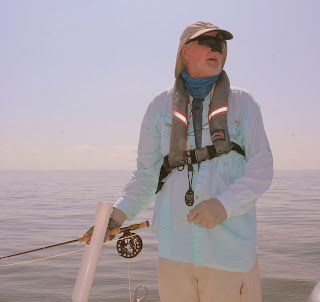 This photo is like: "oh for Pete's sake, now they're breaking back there where we just came from."


That thing on my nose is a sun guard that attaches to the sunglasses to keep the nose from getting fried. [Ask me how much I enjoyed having a basal cell carcinoma removed from my nose last week.] 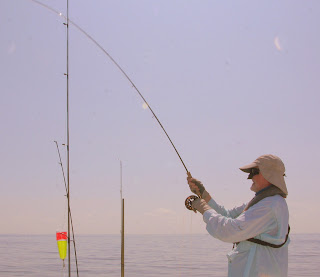 Getting them on the fly rod is definitely the most fun. 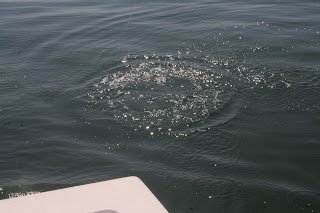 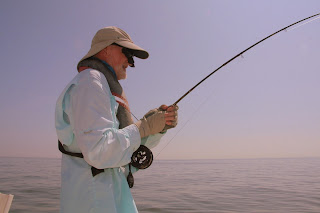 Had the bluefish "on the reel" at this point. [That means all the loose fly line was on the reel and I was playing the fish from the reel's drag rather than by holding the line in hand.] 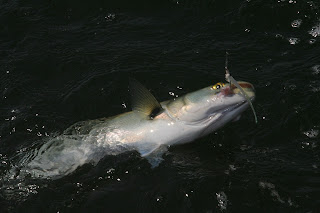 Fish finally came on alongside...you can see the Clouser Deep Minnow in his mouth... 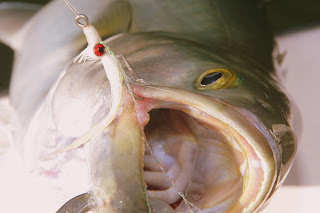 ...in fact, right in the corner of his mouth. Fish was released unharmed.