Think this is called a Bismark palm. 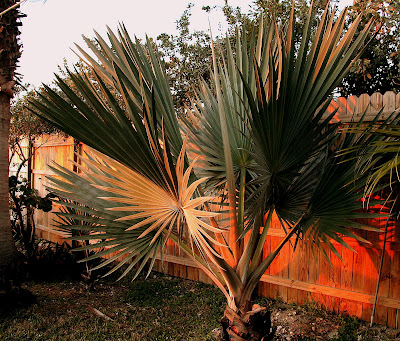 It hit maybe 60°F at the highest, which isn't bad by Connecticut standards, but combined with winds of 25 kts., it wasn't pleasant. Small-craft advisories were posted and Shoo-Fly stayed put in her protective basin. 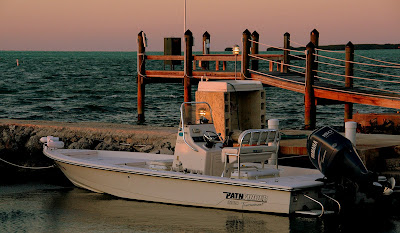 Not a cloud in the sky all day. It would have been a great day to open Shoo-Fly's hatches and let the sun and wind tackle the mildew in the bilge...but there was too much salt spray in the air from waves bashing on the basin walls.

Wayne and I hit a few tackle shops this afternoon as most of his soft-plastic jerk baits have been destroyed by fish...and my bag of jigs and plastics never, somehow, made it into the car for the trip down. 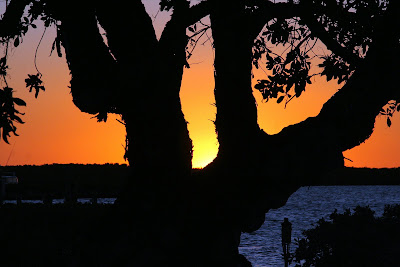 Marine forecast for Wednesday: NORTH TO NORTHEAST WINDS NEAR 20 KNOTS EARLY... DECREASING TO NEAR 15 KNOTS IN THE AFTERNOON. BAY WATERS ROUGH EARLY...BECOMING A MODERATE CHOP.

Wednesday may be the day to clean the boat.