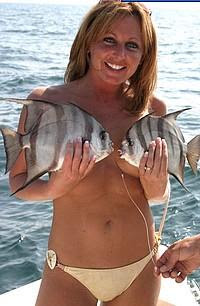 "The October 2009 average temperature for the contiguous United States was the third coolest on record for that month according to NOAA’s State of the Climate report issued today. Based on data going back to 1895, the monthly National Climatic Data Center analysis is part of the suite of climate services provided by NOAA.

Photo: Has nothing to do with this article, but we've noticed that readership goes up when an image is included in the post.

“A record number of pounds of lobsters were caught in waters of the Long Island Sound in 1998. Ten years later, it hit a record low.

“And that's not the only record low; just over 200 lobster licenses were issued this year which is down from 700 in 1980. And, it's estimated that there are only five full-time commercial lobstermen in state.”

"NOAA deployed the seventh in a series of smart buoys to monitor weather conditions and water quality in the Chesapeake Bay today. The buoy, located at the mouth of Severn River near Annapolis, Md., will be used by commercial and recreational boaters to navigate safely and provide data for educators and scientists to monitor the Bay's changing conditions.”

CTSWF: Note that ConnecticutSaltwaterFishing.com has links [check the left frame] to several buoys in Long Island Sound; by clicking on these links you can get the latest information on wind speed, air temp, and water temp.

“THIS IS THE FINAL REGULAR SEASON 2009 FISHING REPORT (reports will resume next spring).

“OCCASIONAL REPORTS WILL BE ISSUED DURING THE ICE FISHING SEASON.