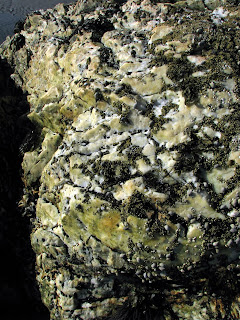 "The National Weather Service has issued a Tsunami Advisory for the west coast of the United States with specific applicability to the southern California coastline.
The Tsunami Advisory, issued this afternoon, is a result of today’s 8.3 magnitude earthquake in the vicinity of the Samoa Islands. Tsunami advisories are issued to inform the public that a tsunami capable of producing strong currents or waves dangerous to persons in or very near the water is imminent or expected."

“Saltwater recreational fishing continued to provide important economic benefits to America’s coastal communities in 2008,,, Saltwater recreational anglers took an estimated 85 million fishing trips in 2008, down slightly from the 93 million trips estimated in 2007. Saltwater anglers caught an estimated 464 million fish in 2008, down slightly from the 475 million caught in 2007. That the decreases were moderate reflects stability in saltwater angling.”

"The landfills that dot the Connecticut landscape are repositories of cultural information likely to be of interest to future generations. These preternatural landforms are not just waste spaces. Old landfill sites have been recycled as athletic fields, parking lots and even public and commercial building sites. Windsor's will eventually be made a part of an adjacent park. The old Milford landfill — rising 50 feet above the beach at Silver Sands State Park — offers a spectacular view of Long Island Sound. Someday it will feature a pavilion for picnics and weddings, with trails and a dramatic drive to the summit."

Read the story in HartfordCourant.com