“"But to inform charter captains that in two weeks we must purchase a $400 license is absurd, especially since the season here in New York is over sooner than it starts.

"’For instance, the state is closing our tautog season in mid-December, the heart of our season and they want $400 now.’

“The State of New York requires this recreational marine fishing license starting Oct. 1. This license must be renewed on Jan. 1, 2010. In New York, recreational anglers are required to pay a nominal fee at $10 for all New York residents while charter captains must pay $400 annually.” 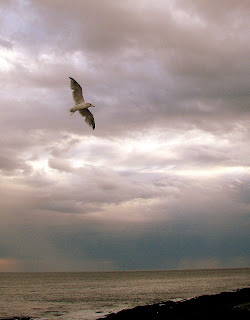 “Last week, the Obama administration offered a plan to restore the oceans to better health by proposing the first-ever national policy for regulating the use of the nation's offshore waters and coastlines…holding its only East Coast listening session this week. Fishermen, community leaders, scientists and the general public will be able to comment on the administration's ocean plan on Sept. 24 from 4:00 p.m. to 7:00 p.m. at the Rhode Island Convention Center, Providence.”

“Recently returned from the Flyfishing Retailer Expo in Denver, Colorado. Exhibitor space may have been down about 25 percent from last year's show, but there is no question that some serious business was being conducted in the halls of the Denver Convention Center.: