Surfer Lands on Duck...Man has Fish Growing Out of Head...New NOAA Chief Abreast of Problem 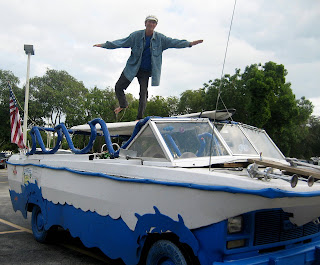 An unusual combination of tide and wind Tuesday conspired to hurl surfer, Stoner "Hang-seven"[1] VanDude, through the air at Short Beach, Stratford, CT, and land him solidly on a DUKW [2] located in the Short Beach parking lot. Asked if he had been frightened as he flew over the sand and pine scrub, Mr. VanDude said, "Heck, no; s'coolest thing's happended to me since I got into that bad batch of Panama Red."

[2] Wikipedia: "The designation of DUKW is not a military pun - the name comes from the model naming terminology used by GMC; the D indicates a vehicle designed in 1942, the U meant "utility (amphibious)", the K indicated all-wheel drive and the W indicated two powered rear axles. Although technically a misnomer, DUKWs are often referred to as 'duck boats.'"

Man Has Fish Growing Out of Head 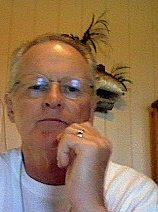 As can clearly be seen in this photo, Capt. Bertram Bilgewater of the charter boat Drainplug [a 27-foot UselessCraft] has a redfish growing out of the left side of his head.

There's also some assorted eelgrass involved in this unusual appendage.

Asked how the fish came to be in his head, Capt. Bilgewater responded, "Durned if I know...but I sure wish it'd leave; 's beginning to smell somethin' fierce." 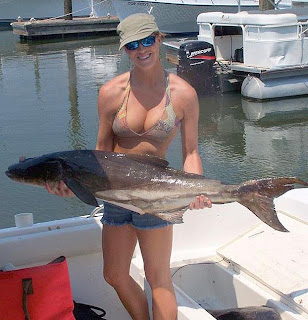 "'We are going to be moving relatively rapidly,' Lubchenco [3] said in a telephone interview with the Times last evening after she held separate hour-long meetings with fishing interests and afterward environmental groups."

[3] Photo is not of Jane Lubchenco; rather, it's Anna Rekczyk of Bulgin, OH...we thought she'd fill out the article nicely. Found her photo on an Internet site about the use of plastic jugs to hold up the tops of gillnets.