Beautiful day in Islamorada: Started out warm with light winds...but it's finishing cool with 20-25 kt. winds 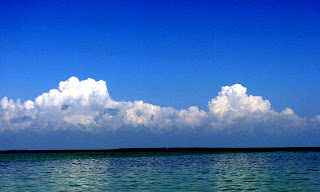 Still, we managed to get out on the water for a few hours...Wayne, Deb, and I. For Deb and me, this was our 4th straight day of fishing, so we could hardly complain about the weather turning bad. 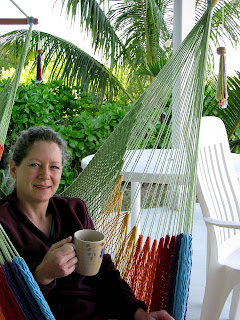 Deb has had a remarkable run of luck, weather-wise, as she left Connecticut before that nasty snow/freezing rain storm hit, landed here just as the weather started to warm up, and she's flying north on Saturday just as the temps here have turned back down. 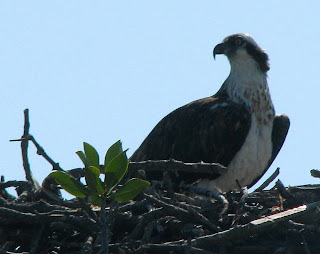 Not much to report in the way of a fish catch...no muds...but then we were hiding behind various keys to keep out of the increasing wind, and this severely limits the fishing opportunities.

We did run into some schools of fish behind one key that we plan to re-visit soon...barracudas and what may have been redfish or black drum. We'll have to catch a few to find out.

Mr. Egret could probably tell us what they were. 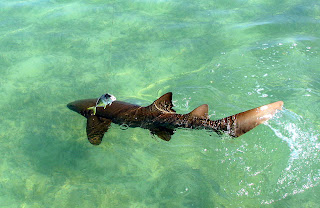 The highlight of the trip was Wayne latching onto a nice shark that unfortunately turned out to be a nurse shark. They're largely benign beasts that most fishermen try to leave alone. They're not really gamefish and they're not really great fighters...although any shark of this size can be a handful. 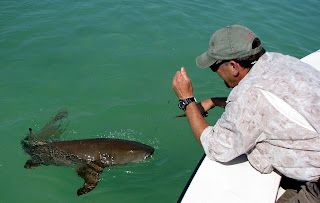 So Wayne battled the shark to the boat. The shark probably did its best fighting at the side of the boat as we tried to extricate the hook...which was lodged just in the corner of the fish's mouth. 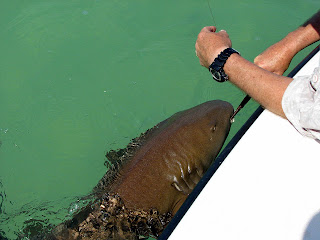 Here Wayne puts the pliers on the hook and gives it a yank...so the fish is now swimming freely and making life miserable for the local population of crustaceans. You can see from the photo that this was no small animal. 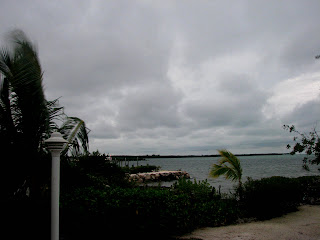 Here's tonight's attempt at a sunset [we don't create them, we just photograph them].

The sky appears to be about as glum as we are about Deb having to leave us.