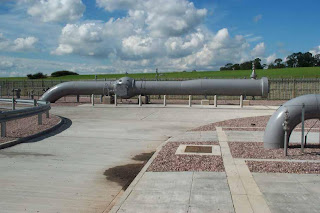 "A gas pipeline proposed for Long Island Sound suffered a potentially fatal blow yesterday after the U.S. Supreme Court refused to hear an appeal of a Connecticut ruling that rejected the project on environmental grounds.

"The pipeline, known as Islander East, would have supplied gas from Canada and under the Sound to Shoreham. Connecticut Attorney General Richard Blumenthal was the project's most vocal opponent.

"He argued it would decimate wildlife in the Thimble Islands off Connecticut, while New York officials, including Suffolk Executive Steve Levy, favored it as a 'critical piece of the region's energy infrastructure.'"

Complete story at: Newsday.com
Posted by Len at 12:01