"The adverse winds continued, somewhat abated, and we cast our flies leeward, stripping line as fast as we could. It was then, finally, that the rolling seas got to me. Feeling suddenly ill, I had a look on my face as if I’d swallowed something unpleasant. McCarthy, not unkindly, suggested I take a seat, lest I foul his decks. I obliged, and after a few minutes I recovered myself and resumed fishing. 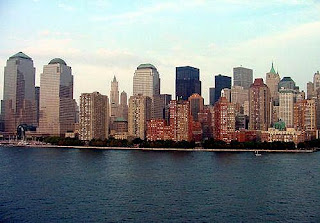 "An hour later we trolled the calmer waters of Gerritsen Creek. Sandwiched between Flatbush Avenue and Knapp Street, the creek is a ship graveyard, holding the rotting hulks of 200-year-old fishing boats on its banks. At high tide, the place doubles as a hideout for striper. But our luck was out. We caught nothing here."

Read the full story at: FT.com